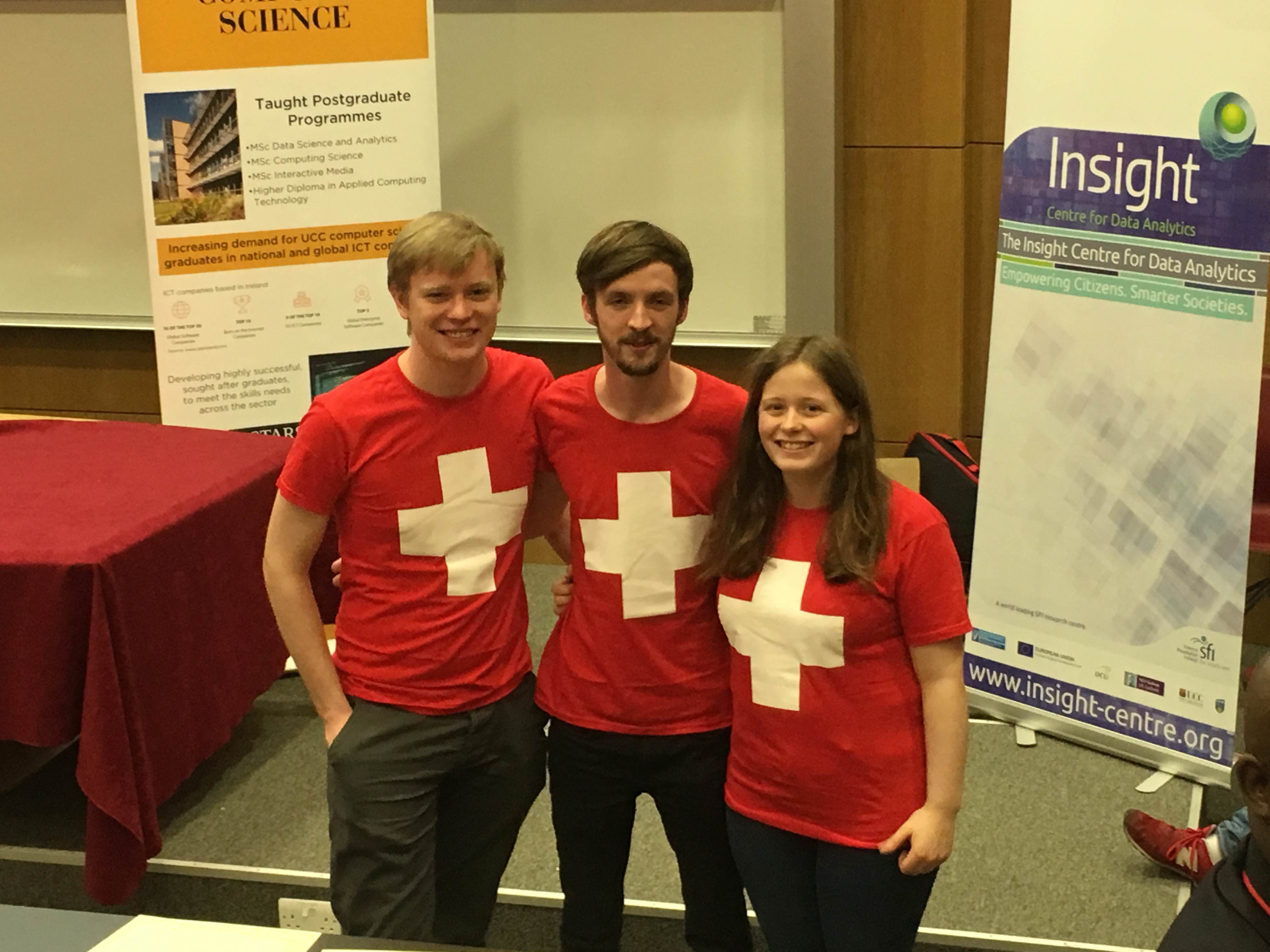 I have attended the IrlCPC before, finishing second in 2016 and third in 2017, delighted both times. This year, there were seven problems on the list, roughly arranged in order of difficulty; the first six were worth 10 points each, the final one worth 11. We found the fifth problem, which was based on a version of the Countdown numbers game, the most difficult.

I was on a team called -=[B]ichael [B] [B]iggins=- with my friends Cian Ruane and Ciara Godwin. We practised a fair amount over the past few months on Kattis, so we weren't altogether unprepared, although it did feel like that on the morning.

We achieved a perfect score of 71 points 63 minutes or so before the end of the contest, nabbing us first place in the university section.

We were emblazoned with Swiss flags because I had just arrived the night before from Zürich, where I'm interning at Google. This is the first time I've had a team uniform at a programming competition.

Congrats to Ciara, Cian & Noah on this great achievement!
Congrats also to our 2nd placed team.
Very good news for @dcucomputing! @insight_centre Thanks to @UCC for hosting. https://t.co/PKMoCLubL7

It's worth pointing out that just like in 2016, a secondary school team (ie. in a different bracket) beat us to the mark with a perfect score after only one hour and 45 minutes: more than a full hour before we got there.

Our CPSSD comrades came second in the university division, also with a perfect score.

And the winners are...
#tech #ireland #cork #competition #IrlCPC pic.twitter.com/MssAU5Xkeu